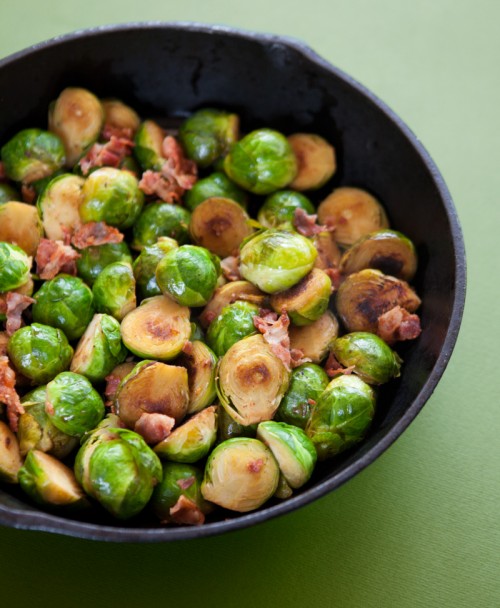 Here is a delicious way to take advantage of the last Brussels sprouts of the season.

Melt butter in a large heavy skillet over medium heat. Add bacon and cook, turning occasionally, until crisp, about 5 minutes. Transfer bacon to paper towels to drain. Do not wash the skillet. Let bacon cool, coarsely chop, then set aside.
Add the brussels sprouts and garlic to drippings in skillet; season with a modest amount of salt. Cook, stirring occasionally, until well browned in spots and beginning to soften, 5–7 minutes. Add broth to skillet; and bring to a boil, scraping up browned bits from bottom of pan, then reduce heat to medium-low and simmer until broth has evaporated, 1–2 minutes. Stir in vinegar and crumbled bacon. Season to taste with salt and pepper. Serve warm.